Some of my key learning points:

Link to Dr Mitra’s Hole in the Wall project: http://www.hole-in-the-wall.com/

Technology has also made it a totally different experience for a person to read, learn and work with the Chinese language.

Mr Lee (Singapore Prime Minister Lee Hsien Loong) said: “In China now, everybody uses computer inputs one way or other. The young people are working on keyboards so much that when they have to write the characters, they do not remember how to produce them.”

Communication styles too are changing, with more people using email and SMS.

Prime Minister Lee said: “There are all sorts of strange abbreviations. I was exchanging messages with a young person in Chinese and the person typed ‘3488’. So I asked, what on earth is ‘3488’ (‘暂时拜拜’)?

“So, in an exam, you can bring an electronic dictionary along and ideally, everybody should have a keyboard and should type and write on the keyboard rather than have the burden of struggling with the mechanics of memorising and writing characters by hand,” he said.

1. Yes. Technology has changed it all. The challenge now is to use technology to teach and learn Chinese language effectively.

2. Email and SMS are two huge communication tools. That brings us to highly debated use of mobile phones/devices for learning in classrooms again. We must not forget the other 2 big communication tools – Instant Messaging (IM) and SNS (Social Networking Sites).

3. Does that mean we can look forward to alternative assessment with the use of computers in Chinese language tests and examinations?

In this era of technology, Hanyu pinyin becomes an important tool for Chinese inputting. My wife, son, daughter and I use Hanyu pinyin to input Chinese. My father who started learning how to use a computer, tried several inputting methods and chosed Hanyu pinyin although he is not familiar with it. Majority of my friends and colleagues also use Hanyu pinyin.

I am pleased to write to you to request for a nomination of 15 P6 students with a deep interest in computing — either avid users, students in Infocomm Club or have taken part in IT competitions to participate in a Focus Group Discussion (FGD)

I came up with the following questions for the selected pupils to think through before attending this FGD.

1. How can you describe your day-to-day use of ICT? What is your take on the relationship between technology and education?

2. What are the software and applications you used in the school computer laboratory? How proficient are you in Microsoft Office applications?

3. How do your make use of the school LMS in everyday learning? Is it a useful platform to do asynchronous (self-directed) learning?

4. What do you think of gaming (online and offline)? How does it impact learning?

5. Do you know what is Web 2.0? If yes, how do you make use of it in research and learning? If no, what do you think of Internet as a learning tool?

6. How does ICT help you in Project Work? How does PowerPoint, Web design, video editing add value to your learning?

7. What do you think of Robotics in education? Does Robotics add value and fun to learning?

8. How much do you understand in Cyberwellness? What are the social and moral impacts if it is not emphasized?

9. What do you envision in a primary school in terms of technology in 2015? What do you think of the current future schools in Singapore? Is technology EVERYTHING in education? Is the availability of the latest and fastest computers and hardware important for learning to take place?

10. Do you know what are the 21st Century skills? If yes, do you think schools are teaching these skills to students? If no, what are important skills you need to learn in school in order to meet future challenges?

Update: Check out pupils’ answers to these questons in this wiki! 🙂

Kubler is worried of educators getting obsessed with education technology. He said in recent years younger teachers love technology, cartoons, comics and other little cute stuff. In fact, these things are not important. We must remind ourselves teaching and learning come before everything. If there are good educational software, give them a try. However we must not blindly follow suit.

I agree with most of Kubler’s view. In fact Mr 高极登 expressed similar concerns in this article. Both articles are very insightful.

However, since we are talking about learner centeredness, educators must rethink about how learning takes place today. We must also rethink on how technology can add value to teaching Chinese language. Most importantly, we must always keep an open mind on ways to engage students in learning Chinese language, without compromising the quality of teaching and language proficiency of students.

The first Chinese title I used in this blog. This title is adapted from a Chinese column report in Lianhe Zaobao. I felt this report is an insightful yet controversial one. The columist Mr Gao commented,

Yes, when a great teacher conducts face-to-face teaching, the learning experience is indeed priceless, which is somewhat impossible to achieve using technology.

Judging from some strong words Mr Gao used in this article, I believed that he has seen some negative examples of how technology has been used in teaching.

From the Straits Times

The Straits Times collected samples from 186 teens aged 13 to 17, which threw up 52 scripts covered with ‘ants’.

They needed a lot of deciphering, typical of handwriting of the wired generation, said handwriting expert William Pang, 60.

Mr Pang, a handwriting consultant who began studying the science of handwriting analysis in the 1970s, blames this ‘degeneration’ on the lack of focus on penmanship in classrooms.

Students are not taught to grasp the pen properly, he said. ‘Some of them even slump on the table as they write.’

They do not see the need to improve, either. After all, ‘technology helps to make homework neater for students’, Mr Pang pointed out.

Modern practices like downloading notes from the school’s website and submitting typewritten assignments lessen the need for legible handwriting.

Teachers, who have to wade through an average of 100 to 200 scripts each week, say they especially hate the type of handwriting they call ‘ants’.

She has been a teacher for 27 years, and points out: ‘When students write like that, they don’t realise that the teacher’s eyesight is affected and it makes marking a chore.’

‘I think assignments should be handwritten and not sent to the teacher as an e-mail attachment,’ Mrs Kang said.

After all, when teachers have to guess what students write, she added, ‘the student loses out‘.

Especially during examinations, when essays are still handwritten, it can cost them grades. When markers cannot understand the scripts, ‘there is a higher risk of misinterpretation’.

Augustus Set, 17, a second-year student at St Andrew’s Junior College, said his parents feared his bad writing so much, they bought him handwriting practice books, ‘so that I can write more legibly for my A level examinations’.

Still, other students are recalcitrant – they say they are expressing themselves.

Handwriting in the 1970s was of a better quality, said Mr Pang, who was then studying close to 300 handwriting samples as an amateur analyst. Tidier scripts showed that Singaporeans were more patient and considerate then.

‘People were in less of a rush,’ he said. ‘They took more pains with their handwriting and the letters were more well-formed… to ensure others could read what they had written.’

The Straits Times’ survey, on the other hand, revealed that many of the wired generation are disconnected, individualistic, more rebellious and non-conformist than their predecessors.

Mr Pang believes that teens will change their handwriting as they grow older ‘to create their own identity’.

But that might not be for the better, he warned: ‘A person’s handwriting is likely to get worse with age if at work, he types more than he writes.’

I thought it is quite a controversial report, especially the three bold statements.

Hector Ruiz is chairman and chief executive officer of Advanced Micro Devices, Inc. Born in Piedras Negras, Mexico, Dr. Ruiz is passionate about the role of technology in education and empowering the underprivileged. At the 2004 World Economic Forum in Davos, he announced AMD’s 50×15 Initiative, a commitment to provide 50 percent of the world’s population with basic Internet access by the year 2015.

Ruiz contends that his company’s 50×15 initiative is “not only possible; it is perhaps the most important transformational event we will experience in our lifetime.”

“Technology is only as powerful as it is accessible. The IT industry has nearly unlimited potential to educate the world by connecting the world.”Hector Ruiz 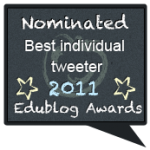 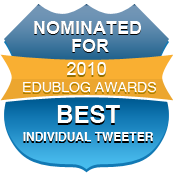